Today, Wednesday, we would continue the adventure from Roberval, arriving at what would be our ultimate destination, indicated below as “Route du Nord”

Within about 35 miles (56 km), however, we came across this worrisome signpost just inside another provincial park, (“Chibougamau Reserve”) indicating the end of the pavement. 😦

65 mph (104 km/hr.) was no longer practical on the gravel surface that stretched endlessly ahead. Stones occasionally pelted the sides of the car; and as this was lumber country, massive logging trucks would fly by enveloping us in choking clouds of dirt and dust.

It would be 115 miles (186 km) before reaching pavement again, at the junction of Rt. 58 West (now known as Rt. 113.)  After hours of gravel, the Sprite’s ride felt smoother than ever! Eight miles (13 km) later we would be in the last town while heading north in this part of the world, Chibougamau, serving a growing copper mining region, logging, and the Royal Canadian Air Force radar services.

Continuing, …the pavement ended again just past the town, as we once again were on the gravel road. Thirty minutes later we arrived at the barrier shown below. Its deterrent-rousing presence seemed to emphasize increasing aches and pains, emotional drain and weariness to us, not to mention the effects of dust inhalation and a worsening cold, on my part. We decided this would be our turn-around point as the road would end about 100 miles (161 km) further with limited or no amenities, and likely little change in scenery.

The non-stop return trip would first take us over 200 miles (322 km) on an unprecedented, unexpected overnight challenge of gravel and poorly maintained, primitive dirt road before reaching dawn and the increase of population, north of Ottawa!

See the conclusion of  “A Northbound Adventure,” (Part Four) here.

Thanks for viewing, and comments are always welcome. Zoom-in or finger-stretch for a closer view of the maps and images. M 🙂

Leaving Bergenfield in a car loaded with what we thought we needed, like snacks and juice, blankets and a spare five-gallon container of fuel between the seats, we began our odyssey about 10 pm, August 29th and drove through the night, reaching Canada by sunrise, 325 miles (520 km) later. Our general plan was to go straight north, as far as we could by car. However, back in 1966, there were few, if any, roads that penetrated the vast lake regions of Quebec Province. We would need to bend a bit North-East along the St Lawrence River, which would have us pass through Montreal, Trois-Rivieres, and Quebec City.

After entering Canada, it would be another 6 1/2 hours to Quebec City.

By 1:30 PM, we would be leaving Quebec via Route 54 North (today known as 175,)  eventually passing through “Laurentide,” one of several provincial parks, as we continued north. The well maintained road wound through incredible scenery with deep green-blue lakes and vast northern forested terrain under clear, bright skies. The virtual non-existence of traffic was a welcome contrast to the cities to the south.

After four hours, we surrendered our temporary permit for the park and continued on Rt. 54a (169) eventually passing Lac-Saint-Jean (above.) In Chambord, we tested our versatility with the French language, (clearly none as a request for ice cream brought cherry pie!) and managed to get additional food while a jukebox played French records – except for one “Beatles” and one “Dave Clark Five” song! A little later, after driving 725 miles (1167 km,), we stopped at 8:00 PM for the night, in a fairly good-sized town, Roberval, (as seen on the Google map above.) After walking around in the chilly air and watching part of a Kings Court softball game in a nearby park, we rented a room above a noisy bar for $5.00, giving us a chance to rest and warm up, although by now I was suffering from a nasty cold, and the loud “Thump, Thump, Thump” of the band one floor below was not particularly medicinal.

See Part Three here as we arrived at the northern most point of our journey.

As usual, thanks for viewing. Zoom-in by clicking on, or finger stretching the images. And, comments are always welcomed. M 🙂

It was late August. Summer jobs were finishing and my friend and I wanted to do something different before returning to school. “Let’s drive north, as far as we can go!”

Although my 1962 Austin Healy Sprite was slightly damaged by a rear-ending just a week before, its fun handling characteristics and open-air ambiance was an easy choice of vehicle, not to mention great mileage for college kid’s stingy budgets.

There was little debate, and in the warm, humid air of a New Jersey evening, we decided, …the trip was on.

Back in 1966, there was no internet or Google Maps. Preparation was more fly-by-wire as our available time and financial resources didn’t allow many options besides just …going! The Sinclair, Mobil, or Exxon paper maps were our planning media, and if it wasn’t on the map, we’d have to resort to local advice along the way.

Below is the 1098 cc Sprite as it appeared ten months prior our trip, when it was …clean! (“FANG,” the dog, agreed to be the model!) 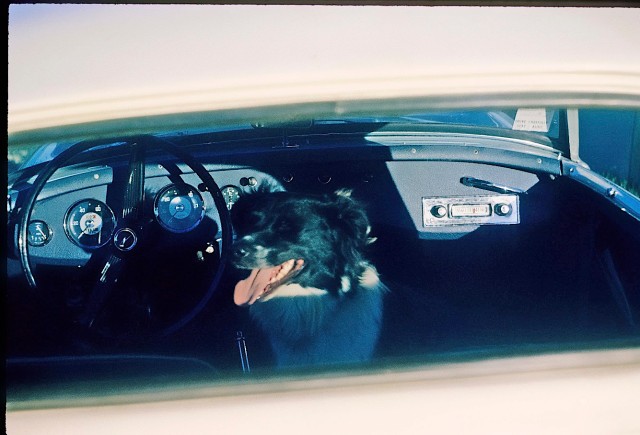 As usual, click on or stretch for a closer view, and comments are always welcome. M 🙂

One day after President Richard M. Nixon resigned and the long Watergate episode was effectively over, I came across this roadside curiosity a few miles south of Arcadia National Park, Maine. 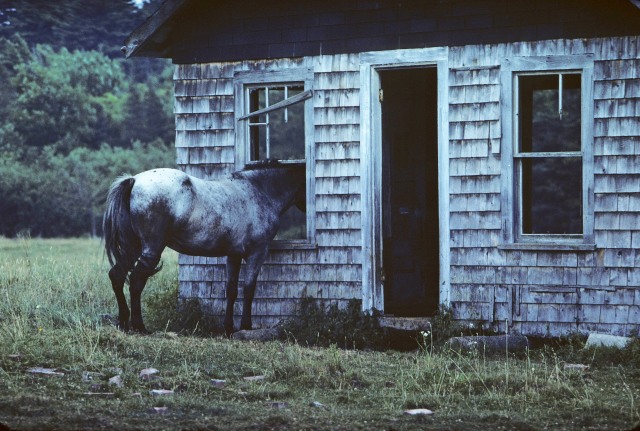 Thanks for viewing, and comments are always welcome.  M 🙂